Cisco updated strengthen its position in the IT world
18447
post-template-default,single,single-post,postid-18447,single-format-standard,theme-bridge,woocommerce-no-js,ajax_fade,page_not_loaded,,qode-title-hidden,side_area_uncovered_from_content,qode-content-sidebar-responsive,columns-4,qode-theme-ver-13.8,qode-theme-bridge,wpb-js-composer js-comp-ver-5.7,vc_responsive

18 Jul Cisco updates strengthen its position in the IT world

Cisco holds the position of a reputable IT vendor and has made numerous moves recently to expand its influence and better serve customers. New movements by the provider will not only guide its development, but also impact the technology landscape. Let’s take a closer look at some of Cisco’s latest updates that will strengthen its position within the IT world:

The emergence of smart hardware and bring-your-own-device policies opened a significant door for organizations like Apple and Cisco. At Cisco Live this year, Apple CEO Tim Cook talked about the two companies forming a deeper partnership to promote deep visibility, control and privacy for iOS devices for enterprise use, Business Insider reported. The growing partnership is part of an effort to transform iOS into a key platform for collaboration and unified communications while ensuring that devices are secure for businesses.

Interoperability of devices from these companies mean that Cisco solutions will be able to integrate natively with Apple and prioritize iOS video calls and bandwidth-intensive experiences over other tasks. The organizations are also teaming up to make Apple devices safer from hackers by blocking phishing emails and better detecting sophisticated attack vectors. This partnership is still relatively young, but serves as a big promise for the future of Apple in enterprises and mobile protection. 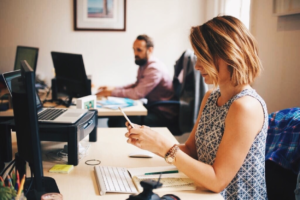 Cisco is partnering with Apple to make iOS more viable for enterprise use.

Detecting sophisticated malware with a new type of network

New strains of malware are constantly emerging and learning from the mistakes of their predecessors. These attack methods are becoming more convincing, causing increased damage and learning how to hide from current cybersecurity tools. It’s becoming significantly harder for organizations to identify and mitigate these threats effectively. By the time a breach is discovered, attackers have likely already stolen sensitive data and impacted your customers.

Cisco is among the vendors looking to improve cybersecurity tools and provide businesses with advanced ways of finding and eliminating threats to minimize any harm. According to CNBC, Cisco recently launched a new intent-based network to detect malware when it’s hidden in encrypted traffic. This technology will make it difficult for hackers to attack organizations that are using Cisco gear, preserving security for your critical assets. The network uses machine learning and artificial intelligence to be informed by context. The system will adapt and learn from the situation to detect pattern abnormalities without compromising privacy. This effort is something that no other organization has achieved, positioning Cisco to be a role model for the future of cybersecurity response.

“Cisco’s UCS was built for customers that run demanding applications, but have tight budgets.”

Organizations generate, collect and analyze more information than ever before. Data has become its own currency for guiding decisions and maximizing potential business benefits. However, data-intensive workloads can easily overpower outdated systems.

In recognition of these needs, Cisco has created the fifth generation of its Unified Computing System for customers that run demanding applications, but may not have the budget to support these solutions. The UCS M5 offers double the memory capacity, 86 percent higher performance and is built with the new Intel Xeon scalable processors, ZDNet contributor Stephanie Condon reported. The idea was to bring powerful new machines into a completely plug-and-play environment. The updated software for these systems is also critical to extending automation and optimization capabilities while facing increasing workloads.

Cisco has its hands in a number of diverse projects, but they all serve as means to strengthen its position in the IT world and shape how businesses operate. Updates to its UCS systems, a growing partnership with Apple and a new network to detect sophisticated malware are only the most recent movements that the organization has made. To keep up with Cisco and implement its solutions within your own business, partner with a certified Cisco reseller like Pinnacle Business Systems.