Companies across the nation are becoming more reliant on technology to crunch massive amounts of data, come up with useful insights and determine the best step forward. However, a lot of work must still be done before deep learning and other artificial intelligence techniques become ubiquitous. IBM aims to cut the time it takes for deep learning systems to digest data and help users get the information they need.

The future state of deep learning

Deep learning refers to a subset of AI that mimics how the human brain works. This technique largely runs on single servers due to the complexity of moving huge amounts of data between different computers and keeping data synchronized. IBM aimed to change this by creating a more effective, manageable way that will shape the future of deep learning. The company announced software that can divide deep learning tasks among 64 servers running up to 256 processes while still reaping huge benefits in speed, Fortune reported. IBM also debuted clustering technology that would handle all of the moving parts between multiple processors in a given server as well as to processors in adjoined servers.

The effects of this move are significant. Traffic management ensures that all processors are learning, boosting performance 50 to 60 times more than a single server. IBM has also claimed its technology achieved 95 percent scaling efficiency across the 256 processors, beating out the previous record of 89 percent held by Facebook AI Research.

IBM rising above the competition

Although there are certainly many other organizations interested in pursuing deep learning, IBM has proven its merit and capabilities. The company released research showing its training approaches took less time than Facebook’s 8k mini-batch method, TechCrunch reported. This effort promises the most efficient distributed deep learning library for breaking a problem into smaller deep learning tasks. IBM’s research went on to demonstrate its numbers with a larger, more complex challenge while verifying that smaller systems can still receive benefits. 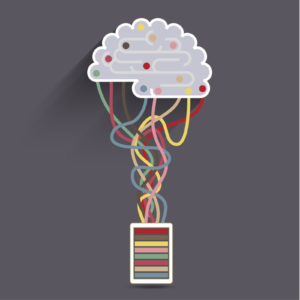 Other industry giants haven’t been able to meet the same speed, accuracy and efficiency that IBM has obtained with their new effort. As the deep learning feature becomes more available to the AI community, IBM expects to see higher accuracy runs and more advancement in the space.

Deep learning is becoming a major initiative for IBM to produce better insights within a quicker timeframe. As organizations rely more heavily on information, IBM efforts will be a major point to watch. To keep up with IBM advancements and use the technology for yourself, team up with a certified partner like Pinnacle Business Systems today.