Server virtualization can support many of the most sought-after technological benefits that companies today are after. In addition to helping reduce operating and utility costs, virtualizing server environments can help ensure that organizations make the most efficient use of their available computing resources, and aren’t paying for more capacity than they need.

It’s no surprise that server virtualization initiatives have been on the rise for several years, then. According to a report from Market Research Future, the global server virtualization market is on track to expand at a compound annual growth rate of 7 percent through the next five years, reaching a value of $8 billion by 2023.

With an increasing number of physical machines being virtualized, this is having quite the impact on overall data center strategy, particularly for typical enterprise users.

A common virtualization strategy involves consolidation and utilizing virtual environments as a more efficient means of computing. As opposed to having 10 applications spread across different physical servers, virtualization can help consolidate them to a single, virtual machine.

While this will more than likely result in a reduction of physical hardware, as applications and platforms are migrated to support a more resource-effective configuration, there will also be a considerably heightened number of virtual machines to manage. 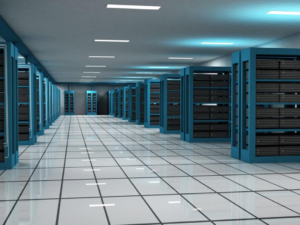 How will virtual servers affect your data center?

“The first challenge will be an explosion of virtual machines now that you have multiple servers each running 10 to 20 virtual applications,” noted Ingram Micro Advisor. “The number of elements that must be managed has now increased 10 to 20 times. Every server that hosts a VM also has a virtual switch that must handle 20 to 40 times the number of managed network elements.”

This tradeoff is an important element to keep in mind, particularly with regular maintenance and upkeep.

Another element that could greatly impact data center strategy is the increased computing demands being placed on hardware supporting the virtual environments. Virtualization requires more powerful server hardware than traditional workloads. This might require up-front investments in more robust x86 servers in order to support the virtual machines, or at least memory and CPU upgrades for existing servers if the budget cannot enable the purchase of new hardware.

A data center that leverages virtualized servers as part of its overarching strategy can take advantage of more streamlined backups and, when necessary, faster redeployments.

As TechRepublic contributor Jack Wallen pointed out, IT admins can easily take a snapshot of virtual machine contents and redeploy data and images onto a new machine.

“These virtual machines can be moved from one server to another and redeployed easier and faster,” Wallen wrote. “Snapshots can be taken throughout the day, ensuring much more up-to-date data. And because firing up a snapshot is even faster than booting a typical server, downtime is dramatically cut.”

This benefits an organization’s business continuity and disaster recovery strategies as well.

To find out more about the impact that server virtualization could make within your data center strategy, connect with the experts at Pinnacle today.