What Executives Should Know About Virtualization in 2018 - Pinnacle
19265
post-template-default,single,single-post,postid-19265,single-format-standard,theme-bridge,woocommerce-no-js,ajax_fade,page_not_loaded,,qode-title-hidden,side_area_uncovered_from_content,qode-content-sidebar-responsive,columns-4,qode-theme-ver-13.8,qode-theme-bridge,wpb-js-composer js-comp-ver-5.7,vc_responsive

01 May What executives should know about virtualization in 2018

Advanced technology solutions have provided IT admins and businesses with an array of powerful capabilities that can enable boosted performance of critical tech assets alongside considerable cost savings. Virtualization is one of the innovations that surely fits this bill. 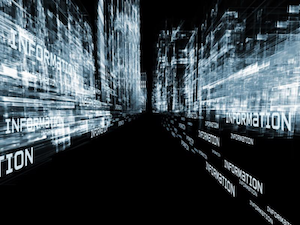 Virtualization enables software to operate in way that was formerly only capable through hardware elements.

While it may sound complex, virtualization is actually a strategy that’s been in place in many IT environments for years now, and it’s not as difficult to understand as it may seem. Virtualization essentially harnesses the power of software to do the work of hardware. This means that workloads formerly requiring the support of servers and other physical elements can now be shifted into a virtual, software environment.

“In other words, we use an abstraction to make software look and behave like hardware, with corresponding benefits in flexibility, cost, scalability, reliability, and often overall capability and performance, and in a broad range of applications,” explained Network World contributor Craig Mathias.

What can be virtualized?

Although server virtualization was one of the first mainstay use cases for this process, capabilities in this arena have expanded considerably since then. What’s more, the market for virtualized solutions is on the rise:

Virtualizing different elements can come with significant benefits, and we’ll discuss these more in-depth in just a bit. However, as TechTarget contributor Brien Posey noted, there are certain workloads that may not be ideal for virtualization. Significantly large workloads, for example, can be virtualized, but as Posey points out, this can lead to fault tolerance problems and other issues. In this way, IT stakeholders and decision-makers must ensure that they select the right elements for their virtualization efforts, and carefully consider which workloads are best suited for it within their current, physical hardware.

This technological approach has numerous benefits that decision-makers and their IT teams should be aware of, including:

To find out more about the potential uses and critical advantages that virtualization can offer, connect with the experts at Pinnacle today.